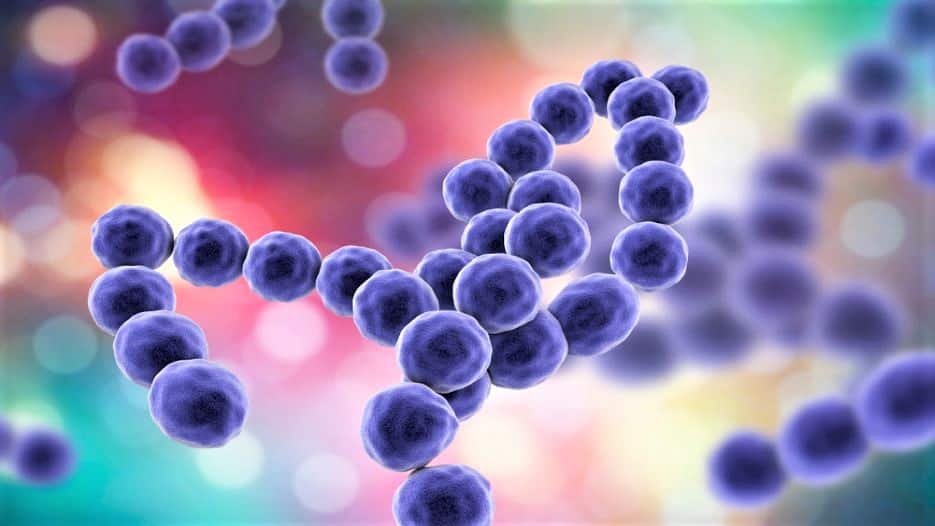 In part 1 of the skin microbiome, we discussed the microorganisms living on your skin, why they’re beneficial, and how to keep them healthy.

In part 2, we are exploring the relationship between the gut and skin microbiomes and the role of prebiotics and probiotics.

What is the Gut Microbiome?

Just like your skin, your intestines have billions of microorganisms living within them. While bacteria are the most widely studied part of the gut microbiome, it also contains viruses, fungi, and other microscopic organisms.

The diversity of the microbiome is an important part of how it helps maintain a healthy host. It’s all about balance. Too much of any one type of bacteria can create an adverse effect.

Your gut microbiome works to keep you healthy in many different ways.

For example, the gut microbiome takes foods we cannot digest, such as dietary fibers, and breaks them down into key metabolites, such as short-chain fatty acids (SCFAs).

SCFAs can affect the function of several organs, including the brain. Recent studies have shown that certain species of bacteria produce neurotransmitters. These are chemicals in your brain that help control a variety of functions by turning brain pathways on and off and production by the gut microbiota has been linked to mental health.

So, while it’s not yet well understood, there is strong evidence that the gut microbiome influences how our brains work.

How Does the Gut Microbiome Relate to the Skin Microbiome?

While many researchers agree there is a link between the gut microbiome and skin disease, the mechanism isn’t known at this time.

There are several pathways under investigation.

The relationship between the gut and skin microbiome was identified early on. In 1930, John Stokes and Donald Pillsbury proposed the “brain-gut-skin axis”. Their theory was negative emotional states such as depression or anxiety could alter the gastrointestinal tract and cause changes to the gut microbiome. These changes could increase the permeability of the intestines and cause systemic inflammation.

Some laboratories are studying how increased gut permeability may affect the immune system. Others are looking into whether inflammatory products from the gut can directly migrate into the body and circulate.

There are also scientists who believe the neurotransmitters produced by the gut microbiome may communicate with nearby organs through pathways that have not yet been identified.

It’s an exciting field of study, and while some studies have shown a correlation, there’s a lot more work to be done.

What is the Difference Between a Prebiotic and a Probiotic?

Prebiotics were initially defined as non-digestible food ingredients that selectively stimulate the growth of limited bacteria in the gut, thus improving host health. This was changed in 2008 by the International Scientific Association of Probiotics and Prebiotics (ISAPP).

ISAPP created the term “dietary prebiotics” and defined them as “a selectively fermented ingredient that results in specific changes in the composition and/or activity of the gastrointestinal microbiota, thus conferring benefit(s) upon host health.”

Probiotics are defined as “live microorganisms which when administered in adequate amounts confer a health benefit on the host”. This definition was adopted by the Food and Agriculture Organization (FAO) and World Health Organization (WHO) and, after intensive consideration, approved by ISAPP.

In short, prebiotics are nutrients that help sustain good bacteria and probiotics are actual microorganisms introduced to the host.

Can Skincare Products be Probiotics?

Currently, there are no topical products we are aware of that introduce microorganisms to the host.

Development of probiotic skincare products may be a challenging task: Lotions, creams, and serums are breeding grounds for bacteria, and ensuring there is no contamination or growth of bad microorganisms, while still ensuring a stable shelf life, will be difficult.

Taking Care of Your Microbiome and your Health

Most scientists studying the human microbiome agree that having a diverse microbiome equates to healthier outcomes and that there is a close relationship between the gut and skin.

Taking care of both microbiomes is important. Living a healthy life by exercising, eating nutritious foods, and drinking water is a good start.

We can take it a step further by avoiding harsh cleansers and limiting our exposure to antimicrobial products including those for cleaning the house, cleaning our bodies, or taken orally.

As we age, our microbiomes change and may need a boost. Adding prebiotics can help keep your natural flora healthy. If you feel you need more, you can investigate probiotics, but remember that balance is always the key to a healthy gut and good skin.

A Brief History of Cannabis

Isolates and Broad/Full Spectrum: What do they mean?

09/29/2021
We use cookies on our website to give you the most relevant experience by remembering your preferences and repeat visits. By clicking “Accept All”, you consent to the use of ALL the cookies. However, you may visit "Cookie Settings" to provide a controlled consent.
Cookie SettingsAccept All
Manage consent