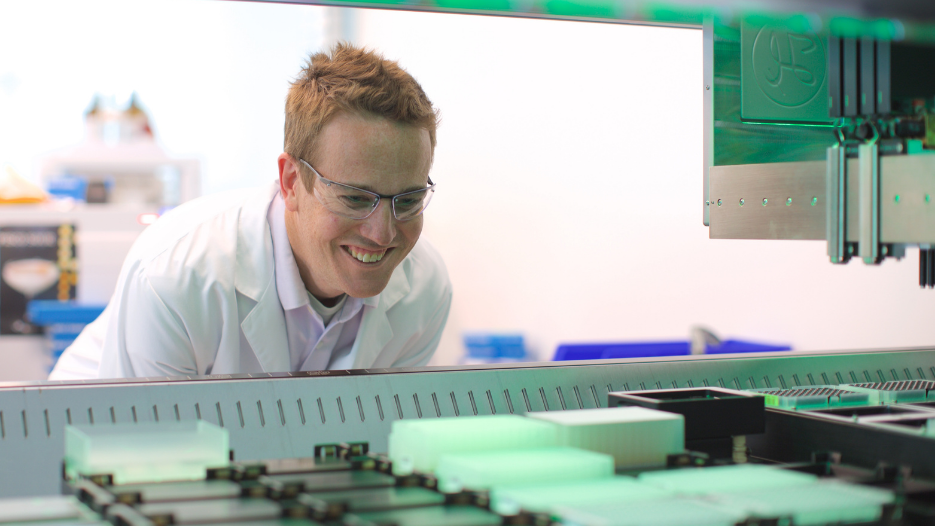 Demetrix CEO Jeff Ubersax was recently interviewed at the Global Cannabis Intelligence Summit. During the discussion he addressed the untapped potential of cannabinoids, how fermentation works, and the sustainability of fermentation.

Currently, there is a lot of awareness around the benefits of THC and CBD, but there are hundreds of rare cannabinoids in the cannabis plant that we know little about. The rare cannabinoids are often difficult to harvest from the plant, given their low amounts.

Recent advancements in biotechnology have allowed for the production of these rare ingredients through fermentation. These rare cannabinoids will soon be seen in many consumer products such as skincare, nutraceutical, and much more.

How Does Fermentation Work?

In its simplest form, fermentation involves taking yeast and providing it with food that its enzymes then break down into products which can be used.

You’re likely familiar with the process of giving yeast sugar, which it then converts to carbon dioxide and alcohol. Companies use the carbon dioxide to make bread rise and the alcohol to produce wine.

At Demetrix, we are able to engineer yeast to produce rare cannabinoids that are identical to those produced by the plant. We take our yeast and grow them in a reactor where they make the cannabinoids. When it’s ready, we remove the cannabinoid from the yeast through a process called purification. Because we control the process from start to finish, we can produce highly pure cannabinoids.

Did you know that indoor cannabinoid production accounts for 1-2% of California’s electricity? Although controllable, traditional methods can put a strain on the environment. Since rare cannabinoids are present at such low levels, the amount of land necessary would be tremendous. Fermentation is agnostic to the type of cannabinoid, and is also highly controllable, with a much less environmental footprint. For more information on sustainability, click here.

Yeast Can Brew the Active Ingredients in Cannabis

02/27/2019
We use cookies on our website to give you the most relevant experience by remembering your preferences and repeat visits. By clicking “Accept All”, you consent to the use of ALL the cookies. However, you may visit "Cookie Settings" to provide a controlled consent.
Cookie SettingsAccept All
Manage consent