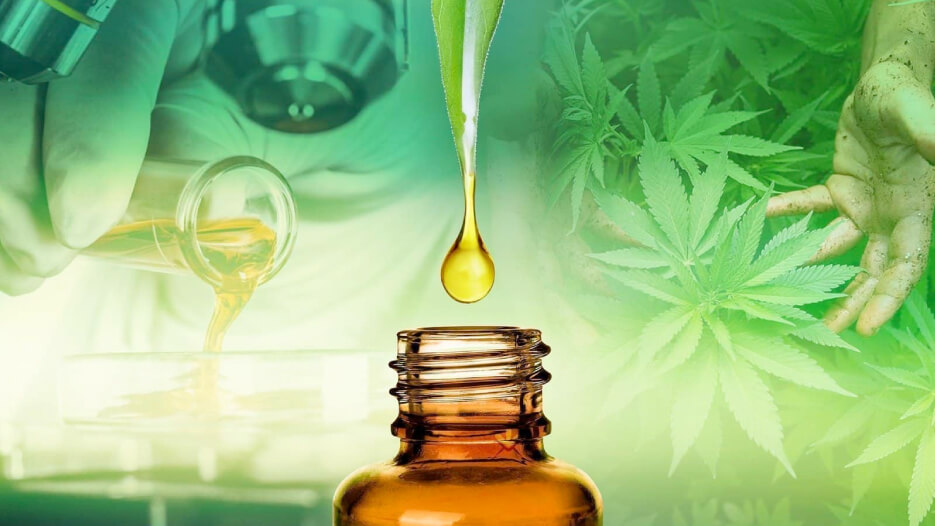 CBD has seen a meteoric rise in popularity in recent years.  Seemingly overnight, the market has been flooded with CBD-infused consumer goods ranging from high-end skincare products to fast food burgers.

But while millions of people around the world are buzzing about the health and wellness potential of CBD, there are still many outstanding questions about the benefits, side effects, and regulation surrounding this fascinating ingredient.

In order to help sort fact from fiction, we’re taking a deep dive into all things CBD.

CBD, or cannabidiol, is a cannabinoid that is found in the cannabis and hemp plants. Alongside delta-9-tetrahydrocannabinol (better known as THC), CBD is one of the most abundant of the more than 100 unique cannabinoids found in the plant. In fact, CBD can represent more than 30 percent of the entire flower of the plant.

However, unlike THC, CBD has no psychoactive qualities, and does not produce the euphoric feeling of being high that famously comes from THC.

Discovered in 1940 at the University of Illinois by organic chemist Dr. Roger Adams, CBD quickly became the subject of research around its potential health and wellness benefits for people and animals.

What are the benefits of CBD?

Some of the best-known research into the health and wellness benefits of CBD was performed by Dr. Raphael Mechoulam, who demonstrated CBD’s efficacy in battling certain types of epilepsy.  This work lead to the world’s first pharmaceutical that uses cannabinoids, Epidiolex, which was cleared by the FDA in 2018.

CBD is also being researched alongside other cannabinoids for dozens of additional potential benefits for common ailments, including:

What are the Side Effects of CBD?

Generally, research shows that any side effects of CBD tend to be rare and mild. Of course, there can be some variability in the way it interacts with our unique physiologies, and its effects can be impacted by a person’s age, any medications they may be taking, and any underlying health conditions they may have.

Some of the most common side effects of CDB include:

Is CBD legal?
For decades, CBD was classified as a Schedule I controlled substance and was illegal due to its presence in the cannabis plant.  All of that changed with the 2018 US Farm Bill, which made hemp, a strain of cannabis that contains less than 0.3 percent of the psychoactive cannabinoid THC by dry weight, legal. This allowed farmers to produce hemp, and companies to produce consumer products using CBD.

However, there are limitations.  Since the CBD-based drug Epidiolex was released before the passage of the farm bill, CBD is subject to a provision in the Food, Drug, & Cosmetic Act.  The provision specifies that an ingredient can not be used in food or supplements if it was previously used as part of a pharmaceutical product. The result is that face creams and oils containing CBD are legal, but foods and supplements are not.

As a result, while consumers may be able to buy CBD supplements and food products at some local retailers and online, they are not regulated or legal, so buyer beware.

This opaque regulatory environment is made even more confusing by state and local laws and ordnances surrounding cannabis.  For example, cannabis is legal for medical and recreational use in 11 states, and illegal under all circumstances in eight states.  The remaining 33 states are a mix of legal medical use, and decimalization.

With all the interest and attention around CBD and other cannabinoids, many are hopeful that consistent regulation for cannabinoids is coming in the near future.

The future of cannabinoids
The team at Demetrix believes in the power of science to make the world a better place.  By using biology and fermentation we’re helping to unlock the potential of cannabinoids by providing access to rare cannabinoids that are not as readily available as THC and CBD.  We believe that these ingredients have the potential to impact the health and wellness of millions of people and animals around the world.

01/25/2021
We use cookies on our website to give you the most relevant experience by remembering your preferences and repeat visits. By clicking “Accept All”, you consent to the use of ALL the cookies. However, you may visit "Cookie Settings" to provide a controlled consent.
Cookie SettingsAccept All
Manage consent