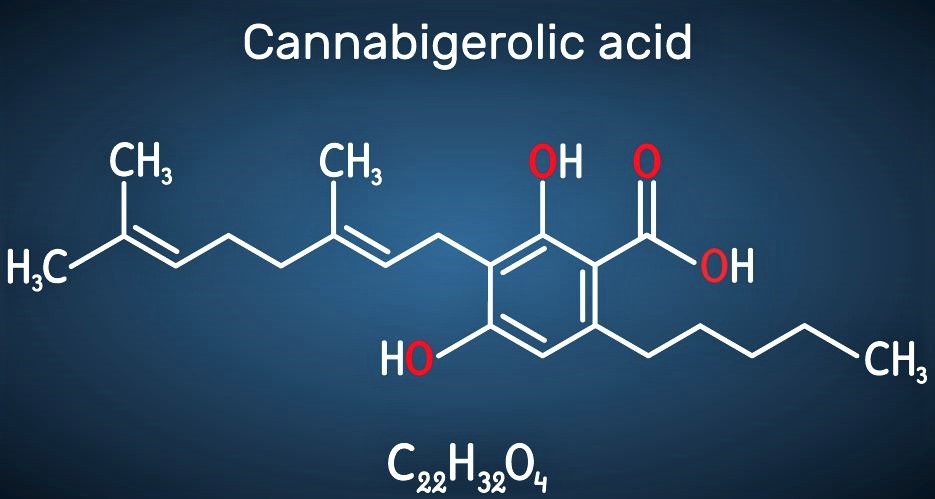 CBGA is often referred to as the Mother Cannabinoid, however, it is not the parent for every known cannabinoid in the Cannabis sativa plant.

Part of the confusion is that it is the parent to many of the common cannabinoids we see in the news such as, CBD, CBG, and THC.

To better understand how one cannabinoid can turn into a variety of different compounds, let’s look at the basics behind the compounds.

There are two types of cannabinoids, acids, and neutrals. Most of the neutral cannabinoids are made from a parent acid.

While this may seem a bit complicated, it’s a very common chemical process.  We went back to our chemistry books and are pleased to say that some of this looked familiar.

A carboxyl group is (-COOH). During decarboxylation, this group is removed from a compound and replaced with a hydrogen atom.

How is CBGA Made?

CBGA occurs naturally in the Cannabis sativa plant through a series of biological reactions directed by special proteins called enzymes.

The process starts with a compound called hexanoic acid, a short-chain fatty acid. When hexanoic acid comes into contact with natural enzymes in the plant, they form an intermediate called olivetolic acid.

When another enzyme in the plant encounters both olivetolic acid and another called geranyl diphosphate, it creates CBGA.

How Does CBGA Form Other Cannabinoids?

CBDA is the acid precursor to CBD. As we discussed above, it’s a simple process to convert an acid to a neutral through decarboxylation.

CBGA can also become THCA and CBCA via different enzymes.

While this all appears very simple, the process can be complex in some instances.

This is because nature can be simple and complicated at the same time. It’s not unusual for organisms, including plants, to have multiple pathways that create the same product. These redundancies are important for survival.

There is also still much we don’t know about the C. sativa plant, and we likely haven’t identified every cannabinoid just yet.

With nature having redundancies, without CBGA, would there be over 100 additional cannabinoids in the Cannabis sativa plant? It’s difficult to say for sure.

Nature is quick to adapt, and the plant could find other ways to make the necessary compounds it needs to survive.

However, CBGA does exist, and we know it is the precursor to many beneficial cannabinoids being used today. We can study this amazing compound and learn from it.

Understanding CBGA is essential as we continue to build new ways of making pure cannabinoids. It allows scientists a glimpse into the biology and chemistry of the plant.

06/04/2020
We use cookies on our website to give you the most relevant experience by remembering your preferences and repeat visits. By clicking “Accept All”, you consent to the use of ALL the cookies. However, you may visit "Cookie Settings" to provide a controlled consent.
Cookie SettingsAccept All
Manage consent