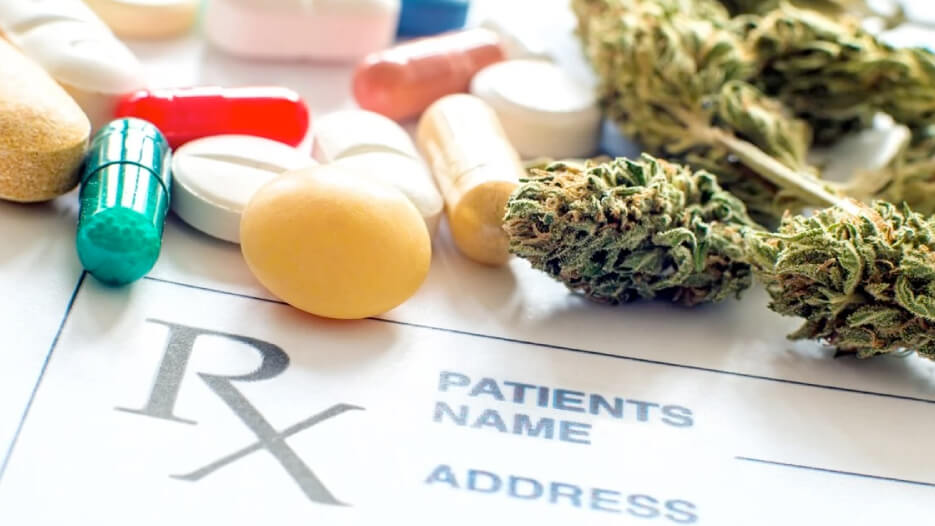 We are just beginning to understand the potential for cannabinoids to benefit human health and wellness. Of the more than 100 unique cannabinoids found in the plant, the two most abundant, tetrahydrocannabinol (THC) and cannabidiol (CBD), have been studied and approved as treatments for specific conditions.

Both THC and CBD have been developed into three pharmaceutical products approved in various countries. Marinol (THC) and Epidiolex (CBD) are approved by the Food and Drug Administration in the U.S. The third product, Sativex is approved in several countries outside the U.S. and contains both THC and CBD.

Dronabinol (brand name Marinol) is the FDA-approved drug with THC. It received regulatory approval in 1985 for the treatment of nausea and vomiting that can be a side effect from cancer chemotherapy treatments. Later, in 1992, it was approved by the FDA to stimulate appetite in AIDS patients.

Marinol is the drug in capsule form. Syndros, the drug in liquid form, is also FDA-approved, and can be prescribed for the same conditions as Marinol.

Dronabinol is also approved as a prescription drug in several other countries including Germany, South Africa and Australia.

In June 2018, the FDA approved its first CBD pharmaceutical, Epidiolex, which is approved for the treatment of two rare forms of epilepsy characterized by intense seizures, Lennox-Gastaut syndrome (LGS) and Dravet syndrome. Both conditions develop in early childhood.

LGS causes two types of seizures and can delay intellectual development. It can also cause behavioral problems – in some cases, making existing issues worse.

Dravet syndrome causes fever-related seizures in young children. These episodes then progress into seizures that cause muscle spasms as they grow older and can cause life-threatening seizures that simply do not stop.

In both conditions, these seizures are extremely difficult to control and greatly affect quality of life.

In September 2019, the European Union authorized Epidyolex as a treatment for the same conditions as the US. While spelled differently, Epidiolex and Epidyolex are the same drug.

Nabiximols (brand name Sativex) was approved in the U.K. in 2010 to treat the tightening and stiffening of muscles experienced by those with Multiple Sclerosis (MS), a disease of the brain and central nervous system. The active ingredients are a combination of THC and CBD in a spray form, which is orally administered. Sativex can be used in addition to any other medications taken to treat MS.

Sativex is available by prescription only in the U.K. It has also been authorized for use by several European countries and Canada. In the States, it is currently an investigational new drug (IND) with trials underway.

Sativex was also being evaluated for the treatment of unrelieved pain in advanced cancer patients. Based on GW Pharma’s pipeline in their first quarter 2020 financial report, Sativex is no longer appearing for this treatment. There is ongoing work for Sativex as a treatment for post-traumatic stress disorder (PTSD), spinal cord injury spasticity, and continuing expansion of approval for MS spasticity.

At Demetrix, we view these three drugs as the tip of iceberg. As we provide access to rare cannabinoids, research will progress – and we are excited to see what we will learn. Even though there is so much yet to be discovered, we strongly believe in the promise for cannabinoids to help improve people’s lives around the world.

A Cannabis High, No Plant Required

02/27/2019
We use cookies on our website to give you the most relevant experience by remembering your preferences and repeat visits. By clicking “Accept All”, you consent to the use of ALL the cookies. However, you may visit "Cookie Settings" to provide a controlled consent.
Cookie SettingsAccept All
Manage consent