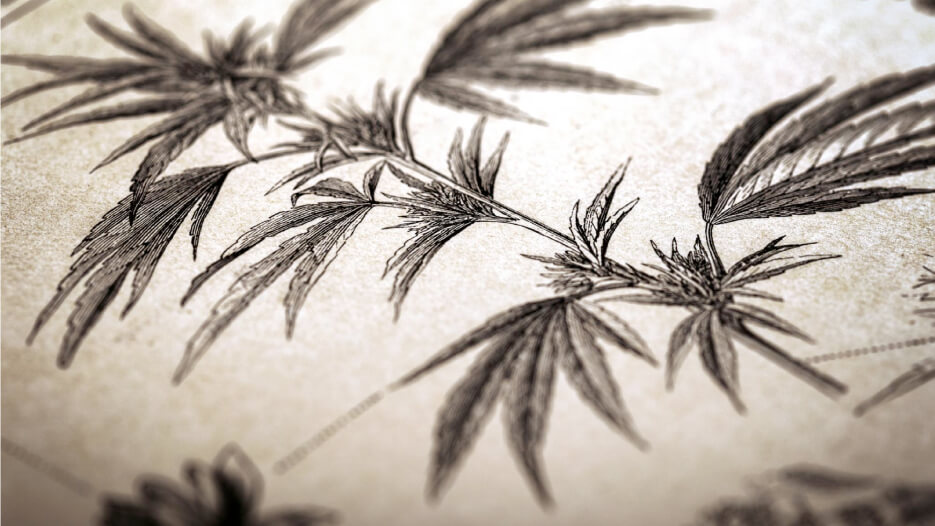 Cannabis has been a source of fascination for people dating back 10,000 years. It has a rich and complex history of being cultivated for everything from its strong fibers to its medicinal and recreational benefits.

But despite this long history, there is still a surprising amount that we don’t know about cannabis and the more than 100 unique cannabinoids found in the plant.  Add to that a confusing set of regulatory and cultural considerations that have plagued cannabis for centuries, and it’s no surprise why it can be hard to sort fact from fiction when it comes to cannabis and hemp.

In order to provide a strong foundation on which to explore the future of cannabis and cannabinoids, we wanted to take a brief look back at the centuries-long history of cannabis.

The cannabis plant is indigenous to the Indian subcontinent and Central Asia, where evidence of its use dates back to the Neolithic China. Hemp, a strain of cannabis that lacks the psychoactive cannabinoid THC, is thought to be one of the first plants to be cultivated by humans.  Hemp was used as a food source, and for making clothing, shoes, rope, and early forms of paper.

The Aryans are believed to be the first people to discover the psychoactive properties of cannabis, and introduce it to cultures including the ancient Assyrians, Scythians, Thracians, and Dacians. Cannabis was used in these cultures as part of religious ceremonies, to induce trances, and for recreational enjoyment.

Cannabis began to spread globally around 1500 BC, as Persian travelers brought it to the Arab world. The use of cannabis resin, known as hashish, quickly grew in popularity through countries like Iraq and Egypt. From there, cannabis was introduced to Africa, where the practice of smoking cannabis continued to take hold. Archeologists have found pipes in parts of Africa with traces of cannabis that date back to around 1300 BC.  Cannabis then spread quickly throughout Europe.

It wasn’t until about 1500 AD when cannabis traveled across the Atlantic ocean. Spanish explorers brought hemp to South America, including parts of Chile. European settlers also found hemp being grown by Native Americans in the 1600s in what would ultimately become modern day Virginia.

At this point, cannabis had become a truly global crop that was used for its strong fibers, its nutritious seeds and oils, its potential health benefits, and its ability to create a euphoric high as a recreational drug.

The regulation of cannabis throughout history has been incredibly complex, and remains complicated, confusing, and uneven to this day.

Certain parts of Arabia introduced the earliest restrictions on cannabis use in the 1300s, and in 1787, King Andrianampoinimerina of Madagascar was the first government to make the use of cannabis punishable by death. For hundreds of years, laws and enforcement of restrictions surrounding cannabis varied wildly from country to country.

It wasn’t until the early 20th century that governments around the world began more uniformly restricting the use of cannabis.

Cannabis was labeled as a poison in the US in 1906, and some states prohibited its use in the 1920s, but the first nationwide regulation of cannabis came in the Marihuana Tax Act of 1937.  It was also classified as a Schedule I controlled substance in 1970 as part of the Controlled Substances Act. This prohibited the use of cannabis in all circumstances, including medical applications.

In recent years, cannabis regulation has fractured into a series of sometimes conflicting state and federal laws and ordinances.  While cannabis remains illegal at the federal level, there are a number of exceptions.

To date, 33 states have voted to make the medical use of marijuana legal, and 11 of those states allow for its recreational use. Some states have decriminalized cannabis, but have not legalized it.  Confused yet?

This picture was complicated even further with the 2018 US Farm Bill, which made hemp (the strain of cannabis that lacks the intoxicating cannabinoid THC), federally legal.  As a result, hemp is no longer considered a Section I controlled substance.

The Future of Cannabinoids

While THC remains illegal at the federal level, the more than 100 additional cannabinoids found in the cannabis and hemp plants are no longer controlled substances.  This means that it is much easier for scientists to study these unique compounds and their impact on the human body.

Making the World a Better Place

At Demetrix, we believe in the power of science to make the world a better place.  We’re working on an industry-leading fermentation technology platform that lets us produce high-purity, rare cannabinoids faster, more sustainably, and more affordably than traditional methods. We’re advancing the study of these incredibly promising compounds, and are excited to help unlock their potential to provide health and wellness benefits to millions of people around the world.

Yeast Can Brew the Active Ingredients in Cannabis

09/21/2020
We use cookies on our website to give you the most relevant experience by remembering your preferences and repeat visits. By clicking “Accept All”, you consent to the use of ALL the cookies. However, you may visit "Cookie Settings" to provide a controlled consent.
Cookie SettingsAccept All
Manage consent